The Real Story behind the Pigskin in Football

That's right, folks. It's Super Bowl Day!
But you are sure wondering... Why are they talking about the Super Bowl if they are a Leather paint Company?

Each winter, millions of Americans gather around their televisions for Super Bowl Sunday. The Super Bowl is the championship game of the National Football League (NFL). 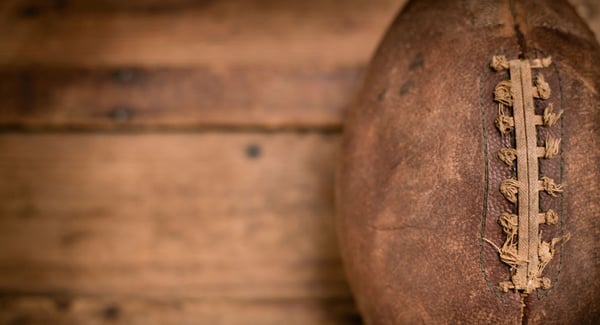 but we wanna talk about the Pigskin.

Do you know what it is?

If you've watched a little bit of football, you've probably heard the ball referred to as a "pigskin" many times. But if you've ever played with a real football, you probably know it feels like leather.

So what's the real story about it?

The earliest form of the ball we now know as the football was more like what Americans call a "soccer ball". These early round balls were made of  inflated pig bladders. This is why footballs got the nickname “pigskins".

But why pig bladders? Before rubber was invented, animal bladders were easy to get and pretty cheap. They were basically round, lightweight, easy to inflate and durable.

Obviously, now these balls are not made with Pig bladders but did you know this story? Let me know in the comments below.

All you need to know about Giardini and the leather world, you can find it here. We share posts on a regular basis with tips, stories, technical information and much more.

The Difference between Ec...

The Difference between Al...

Once per month we'll send you a quick resume of our posts.

Know Us
Educational
Let Us Help You
Legal Info